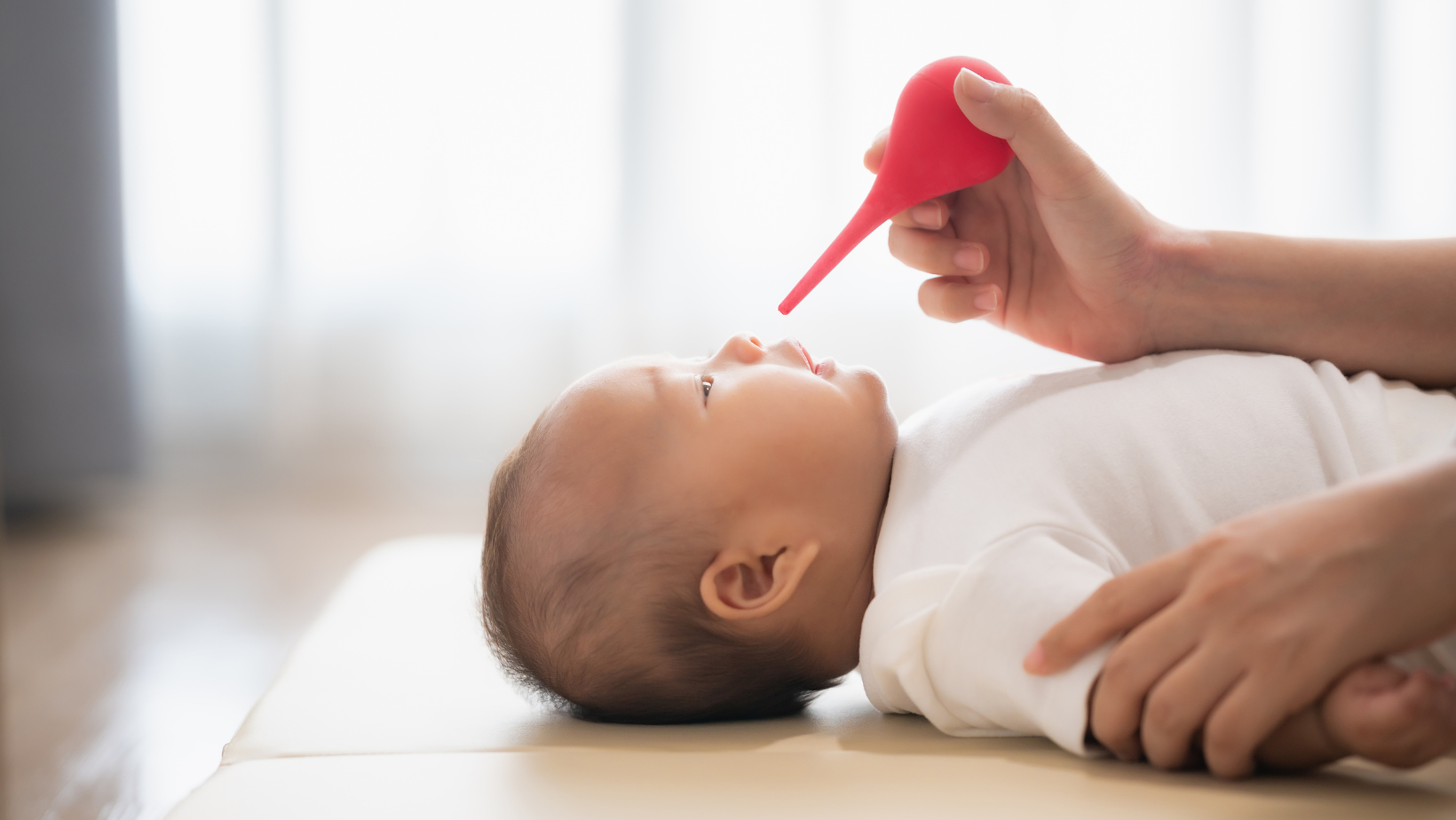 By San Antonio ENTDecember 21, 2022No Comments

New parents often only pay attention to their infant’s breathing when there is a cold to worry about. With newborns, though, a cold is only one of many possible causes of a stuffy nose.

A stuffed-up nose can be very serious. Infants are physically unable to breathe through their mouths — mouth breathing is beyond the capabilities of their respiratory system in the first few months of life. If their noses are stuffed up, they don’t have another way to breathe.

Here are some of the most common reasons that infants develop stuffy noses:

A medical condition is a possibility

Rarely, infants are born with a medical disorder that narrows their nasal passage. These babies can understandably have difficulty breathing. Doctors are usually able to recognize this problem and are able to treat it.

Among infants who don’t have the condition, the use of adult decongestants such as Neo-synephrine can have the effect of narrowing the respiratory passage. This is why doctors never recommend such drugs. Some parents, though, make the mistake of using these drugs on their own if they happen to have them around.

Spit-up can cause problems

In the first few months, babies need to be burped after each meal — swallowed air comes up with a little bit of curdled milk. Sometimes, a little backflow may occur and a little of this spit-up may get into the respiratory passage. The acidic substances in the spit-up tend to irritate and inflame it — something that can naturally cause some stuffiness.

There can be dirt in there

Just as with adults, infant nasal passages are designed to trap and filter dust through nasal hairs and mucus. If there is much dust in the atmosphere, the nostrils can become seriously obstructed. Very young babies are actually unable to sniff or snort to clear their noses up. The most that they can do is to sneeze — which isn’t usually a powerful-enough action to clear up stuffed nostrils. Sometimes, a baby could have something stuck up her nose, too — a slightly unpleasant smell is often an indicator. It’s up to parents to clear their baby’s nose up.

Your baby could have an allergy

Babies can be allergic to pollen, dust and pets, just the same as adults. Babies reacting to allergies often try to scratch their noses — it can be a sign to watch out for. A light, purplish tinge around the lower part of each eyelid can be a sign of an allergy, too. You need to take your baby to see a doctor if you see it.

If your baby is several months old and is beginning to see some teething action, a little sinus-related trouble is normal. As long as your baby’s mucus is clear, there should be no real trouble. You may need to help clear the mucus away, though, so that your baby can breathe.

The air could be really dry where you live

If you live in a very dry, desert-like climate (like Arizona, for instance) the dryness could irritate your baby’s nasal passage. You could also experience this problem if you live in a constantly air-conditioned space — air-conditioners tend to dry the air out. Saline spray and a dehumidifier are a good idea.

Your baby may not breathe in a regular rhythm

Babies tend to have a curious breathing style in the first few weeks — they take shallow breaths for a long time, pause a bit and then take deep breaths. To first-time parents who aren’t aware of this breathing method, it may seem as if the deep breaths are unusual — since they make more noise. They may attribute the noise to a stuffed nose. In fact, though, it is simply deep inspiration.

Rarely, long-standing breathing problems can be traced to serious causes — pneumonia, heart valve defects and so on. If your baby’s breathing problems seem to never go away, you need to seek the opinions of multiple doctors to get to the bottom of it.

Watching out for these causes should help you keep your baby breathing well.

If you are interested in learning more about allergies, or cold and flu symptoms in your child, reach out to one of our ENT physicians today by calling (210) 249-4838.